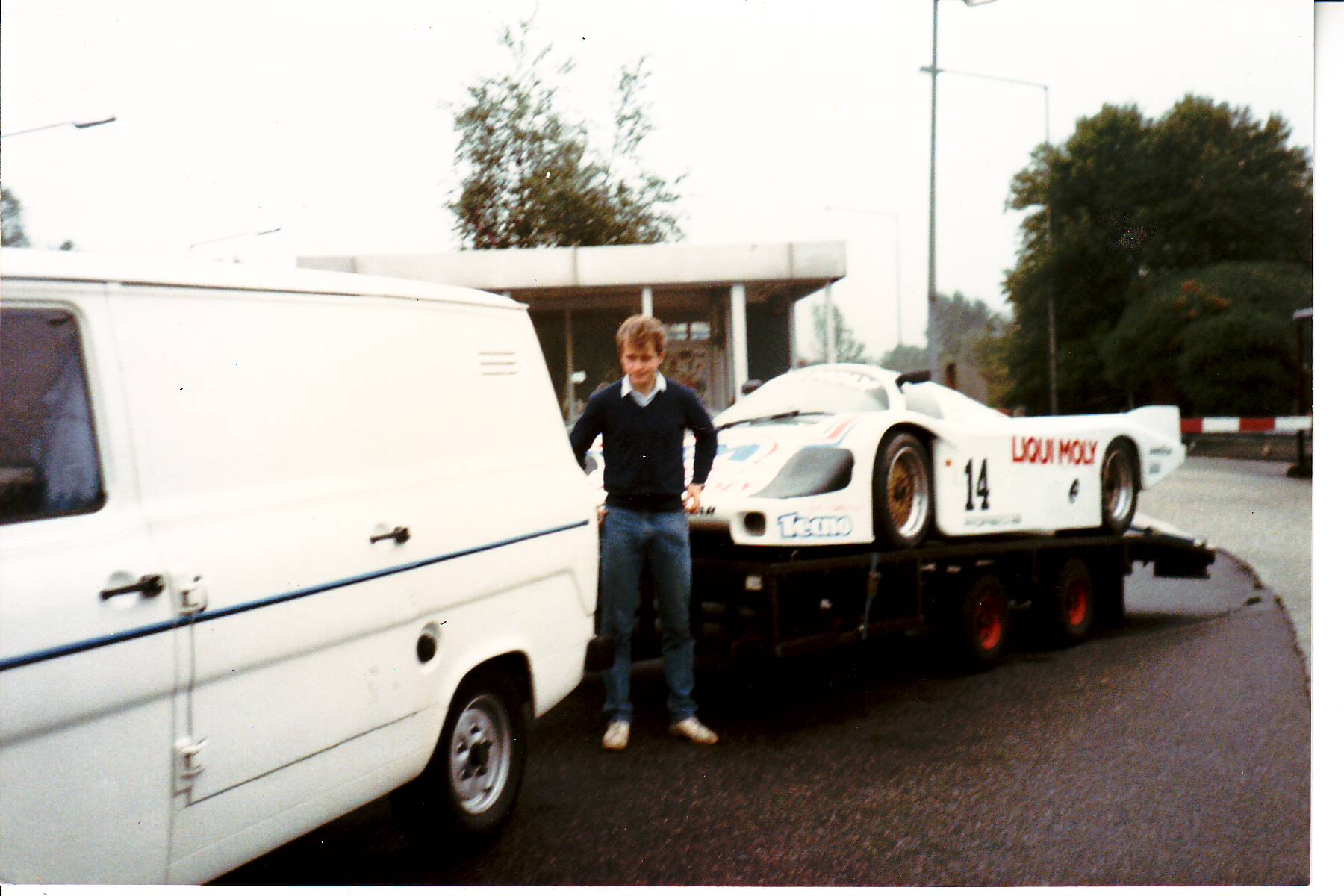 When we started out with one VAN in February 2000 we could not have imagined that not only would we still be providing vehicle transport throughout the world but we would have a fleet of vehicles and team of amazing drivers.

Leigh formed Circuit2Circuit (C2C) in 2000.  This followed on from the years of experience that he gained from staring out as a 20 year old joining a Motorsport team ( GP Motorsport ) in 1988.  Leigh had worked for himself two years prior to that ( 86 & 87 ) with his own van and trailer taking Group C Porsche 956 & 962’s cars to / from Germany for Richard Lloyd Racing based at Silverstone. During this period when they were sponsored by ‘ Cannon ‘ and then ‘ Liqi Moly ‘ who were / are Germany based hence so many trips there.

This was a really steep learning curve for a 20 year old back in the days when there were no mobile phones and all customs paperwork that needed to be done. Despite the responsibility Leigh absolutely loved it!

The first vehicle brought by the new company was a Land Rover Discovery with trailer.

When C2C was initially formed Leigh focused on Vans and Trailers rather than Trucks.  The reason at that staging being that Trucks were considerably more expensive and Leigh wanted C2C to focus on single car movements.

If you asked Leigh today his favourite destination, he would pick Spain, even after all these years and all those trips.

C2C was really going from strength to strength and in 2006 a transport manager was appointed.

At the same time we saw a significant increase in the size of our fleet.

A Mercedes Sprinter 316 van that we no longer have.

Leigh personally did a lot of miles backwards and forwards to Spain ( Barcelona / Valencia and Jerez in it ). Reg no was ;

FL 02 WJO; at the time commonly referred to as ‘Flow Jo'; after the American 100m’s Olympic Gold athlete at the time.

When Leigh eventually let go of the Sprinter he sold it to a friend who had a local carpet company who used it for many years.

Unfortunately Flow Jo is not on the road anymore!  Pictures to follow!!

The process with planning proved painful but we did not give up.

The first facility provided secure, climate controlled storage facility for up to 70 vehicles.

We are still heavily involved in Formula 1 but also have a large fleet and team that is able to provide vehicle transportation throughout the World.

We also have a sister business that provides luxury, secure vehicles storage from our base in Silverstone, Northamptonshire in the UK.

The outbreak of the coronavirus impacted Circuit2Circuit primarily through our association with Formula one.  We were in Australia with Red Bull racing all set and ready to go when Covid-19 began to hit all sporting events.  We had a period of time with some of the team stuck out in Australia while waiting to see what was going to happen next.

Today, with motorsport suspended and all but essential travel stopped, C2C have a fleet of vehicles available to support companies needing additional logistical support to deliver emergency supplies.  The C2C drivers are all highly skilled in time sensitive deliveries.

What a difference 20 years on!

We haven't changed...well apart from the hair loss but what a difference to our fleet!

C2C is still heavily involved in Formula 1 having worked recently with the Haas team and continue to work and support Red Bull.

Today the fleet is very different to that Land Rover Discovery and Trailer! 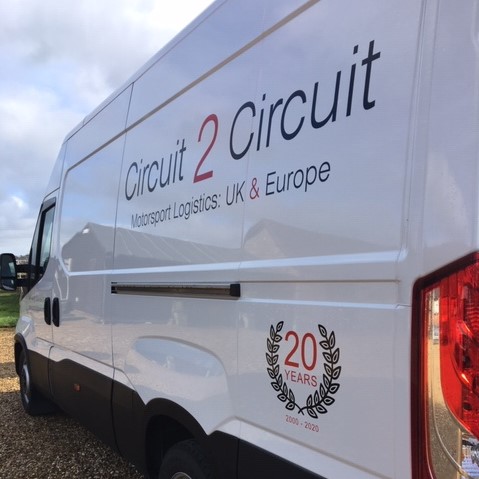