Honda Yuasa Racing Team stars Matt Neal and Gordon 'Flash' Shedden extended their lead in the Dunlop MSA British Touring Car Championship despite a difficult weekend at Knockhill. Although the NGTC Honda Civic chassis proved to be exceptional around the Scottish venue, turbo problems and the ongoing boost restrictions in the series hampered the pair.

They both also started the weekend with the maximum 45kg of success ballast, helping to limit them to sixth and eighth in the wet qualifying session. Nevertheless, local man Gordon Shedden was one of the quickest drivers throughout the event in the dry and scored two podiums. That briefly moved him ahead of team-mate Neal in the drivers' table, only for a clash involving other cars to put him out in race three and hand the championship lead back to the treble champion. 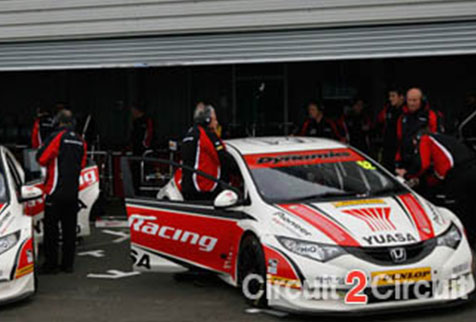