3 x vans and trailers we sent to the F1 Mugello test for Williams F1, Sahara Force India and Caterham F1.

Formula 1's first proper in-season test for four years kicked off at a wet and overcast Mugello on Tuesday morning. With so little to separate the frontrunning teams so far in 2012 - with the true competitive order of the front-runners still not clear - the three day test had been billed as a vital element in determining the next stage of the championship battle. 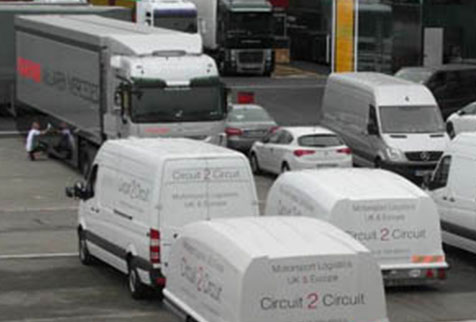