The Fastest Lawn Mower in the World!

The Fastest Lawn Mower in the World!

The Mean Mower is based on Honda’s HF2620 Lawn Tractor. However, Team Dynamics, Honda’s partner in the British Touring Car Championship, swapped the motor for a 1,000cc engine from the Honda VTR Firestorm motorcycle, plus a six-speed sequential gearbox, bespoke suspension and wheels from a quad bike (to improve stability).

Other elements of the vehicle to be modified include the chassis, exhaust system, seat, steering rack and a fibre-glass cutter deck. The fuel tank and oil cooler are housed in the grass bag. The mower was driven by Piers Ward, a journalist from BBC Top Gear magazine.

In order to set the record, the Mean Mower had to set a two-way average through a 100-metre speed trap, with both runs completed within an hour. As a lawnmower, it also needed to be capable of cutting grass. Thanks to two electric motors that spin 3mm cutting cable, the 140kg Mean Mower can do just that - at speeds of up to 15mph. 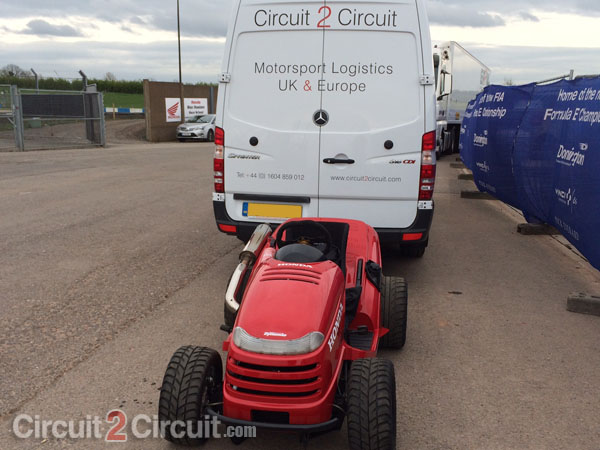 Honda Yuasa Racing first entered the BTCC back in 1991 as the family run Team Dynamics squad. Since then, the father-son pairing of Steve and Matt Neal has gone on to incredible success – in 1999 Matt became the first independent race winner in the Super Touring era, and Team Dynamics hasn’t looked back since. Team Dynamics received official manufacturer support from Honda for the first time in 2010 and has raced under the Honda Yuasa Racing banner since 2012. The team’s tally of BTCC titles stands at an incredible 22, including four overall drivers’ and six overall teams’ championships, with over 500 races entered in the championship.